Omnis → UI, UX → The Bright Side of Dark Mode

What is Dark Mode?

The concept behind Dark Mode is to minimize light emitted by device screens while maintaining a sufficient color contrast ratio for easy reading. However, the default setting for most phones and applications is Light Mode.

With all of these factors in mind, one must ask: Is it time to embrace the dark side?

Dark Mode In A Nutshell OR Why Do We Need It?

Dark Mode is not a new concept. You may remember the yellow or cyan text on a black background when you squinted at the TV to read the weather forecast.

A few decades ago, computer screens used what we now call Dark Mode due to the capabilities of cathode-ray tubes. The interface, however, gradually became more like paper as a way to encourage people who aren't programmers to use computers.

Dark Mode is simply perceived as slicker by many mobile users nowadays. In addition, some apps, such as Spotify, have always tended toward the darker side of the spectrum. 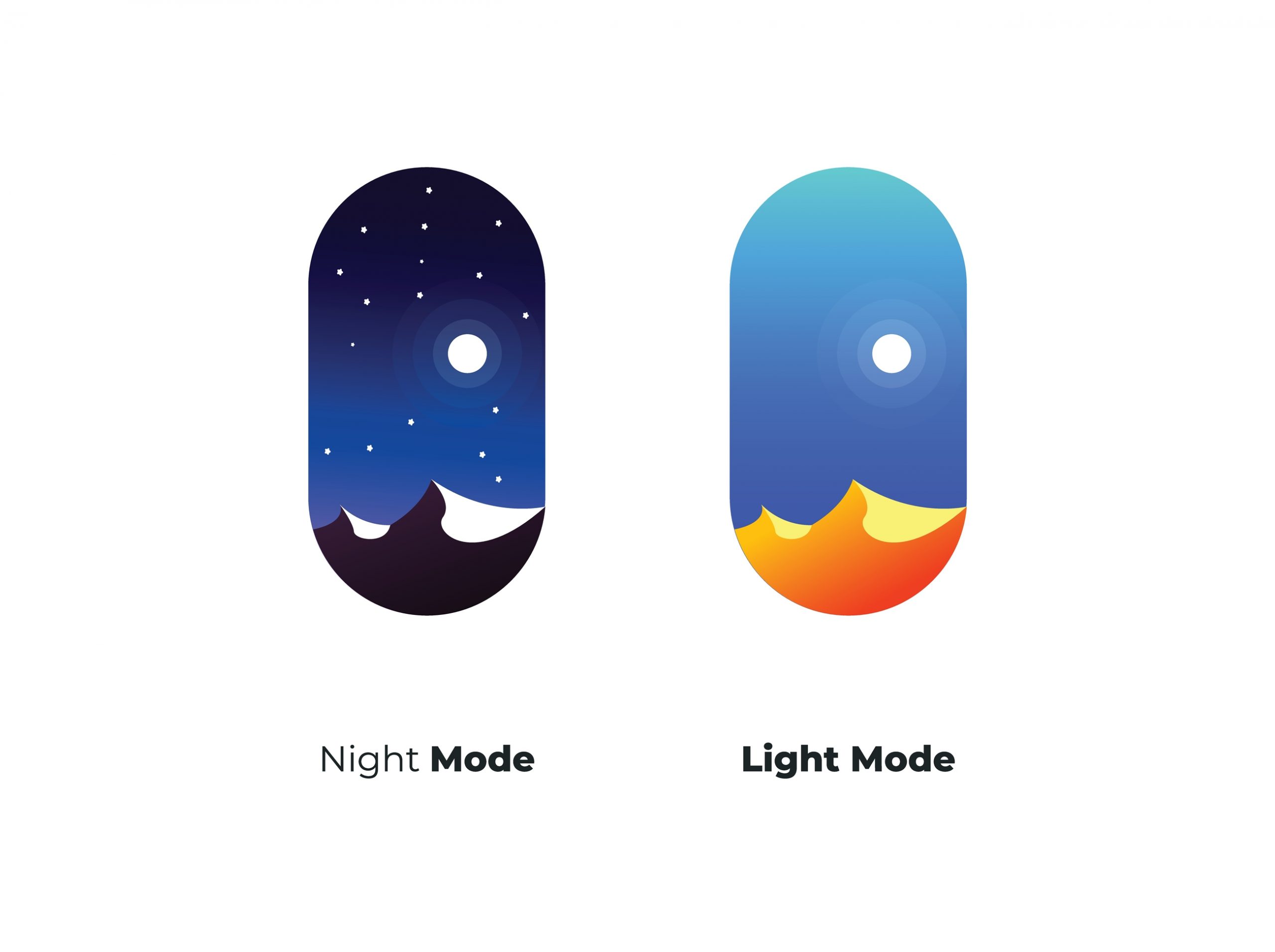 What Are The Pros Of Going Dark?

Better health- the human brain naturally produces more melatonin when it gets dark. Therefore, it is ideal for people to avoid all types of light in the hours before bedtime. Some studies suggest that exposure to light at night may increase the risk of obesity, heart disease, and diabetes. However, there is not enough scientific evidence to prove this.

Giving your eyes a rest - research indicates that people are spending increasingly more time looking at screens. A dark mode could be a powerful tool to curb adverse health effects without requiring users to leave their devices behind. The average person picks up their phone 58 times a day. All of those interactions add up to a total of 3 hours, 15 minutes of screen time.

However, this statistic only applies to smartphone use during the workday. Since more people use computers during work hours, one can safely assume that many can add at least 6.5 hours of screen time to the 3 hours 15 minutes that they spend looking at their phones.

According to a conservative estimate, people are exposed to computer screens’ bright, blue light for more than half of the day.

Longer battery life  - Many smartphone and laptop manufacturers use long battery life as a selling point to encourage customers to buy their products. The battery life of a mobile device is undoubtedly crucial, but users probably have a lot more control over how long charges last than they realize

In tests comparing battery lives of iPhones, testers found that the light mode phone could play video for 15 hours while the dark mode phone ran for 20 hours. By switching to dark mode, the battery life increased by 33%.

As far as its benefits go, there is plenty of contradictory views and evidence surrounding Dark Mode. Even though some experts argue it is healthier to read text against a dark background as it reduces eye strain, other studies have concluded precisely the opposite.

At least until we know for sure if Dark Mode promotes sleep and reduces eye strain, it might be wise to leave at least the smartphone outside of the bedroom.

What is it a Design Sprint? And when should you run it?